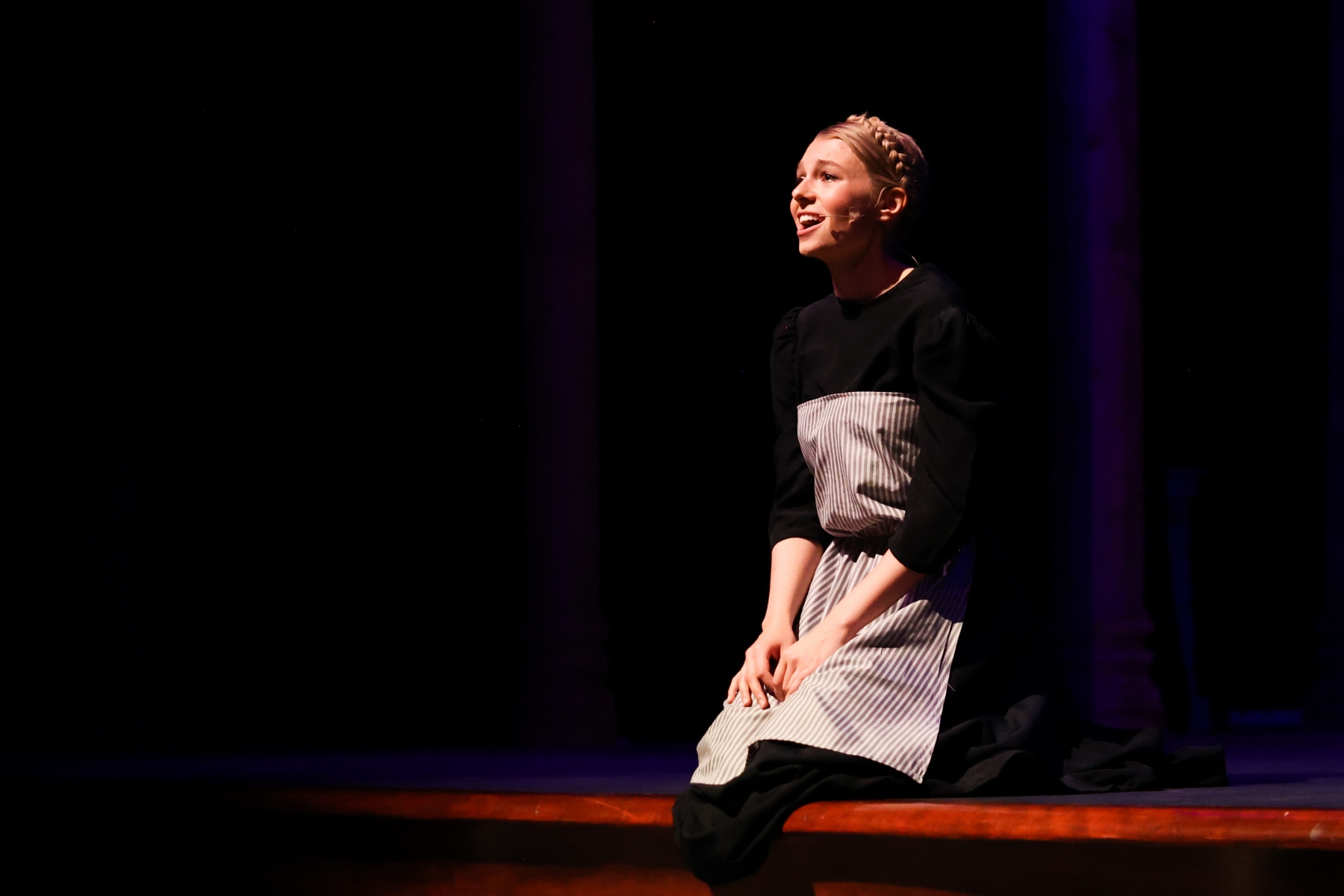 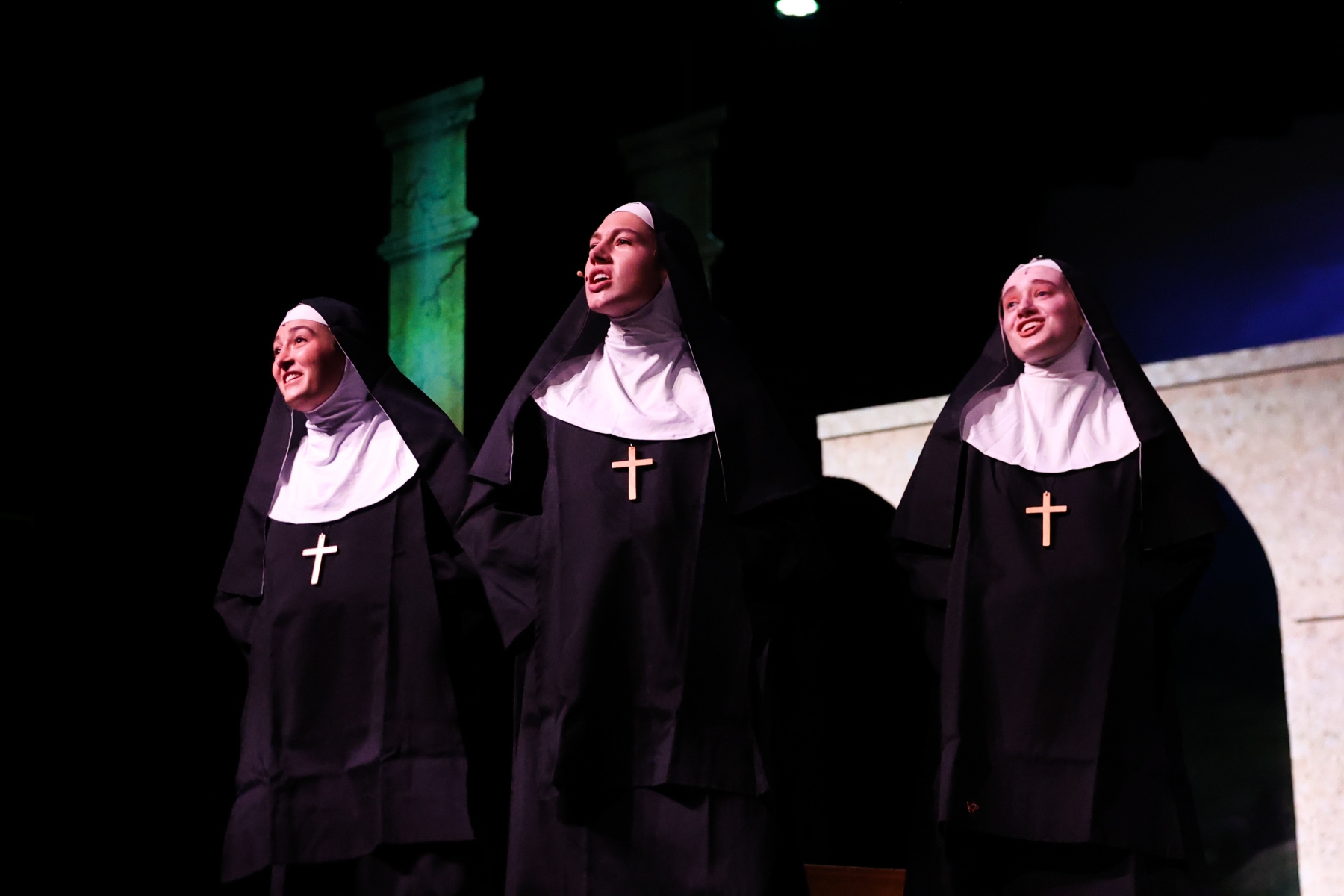 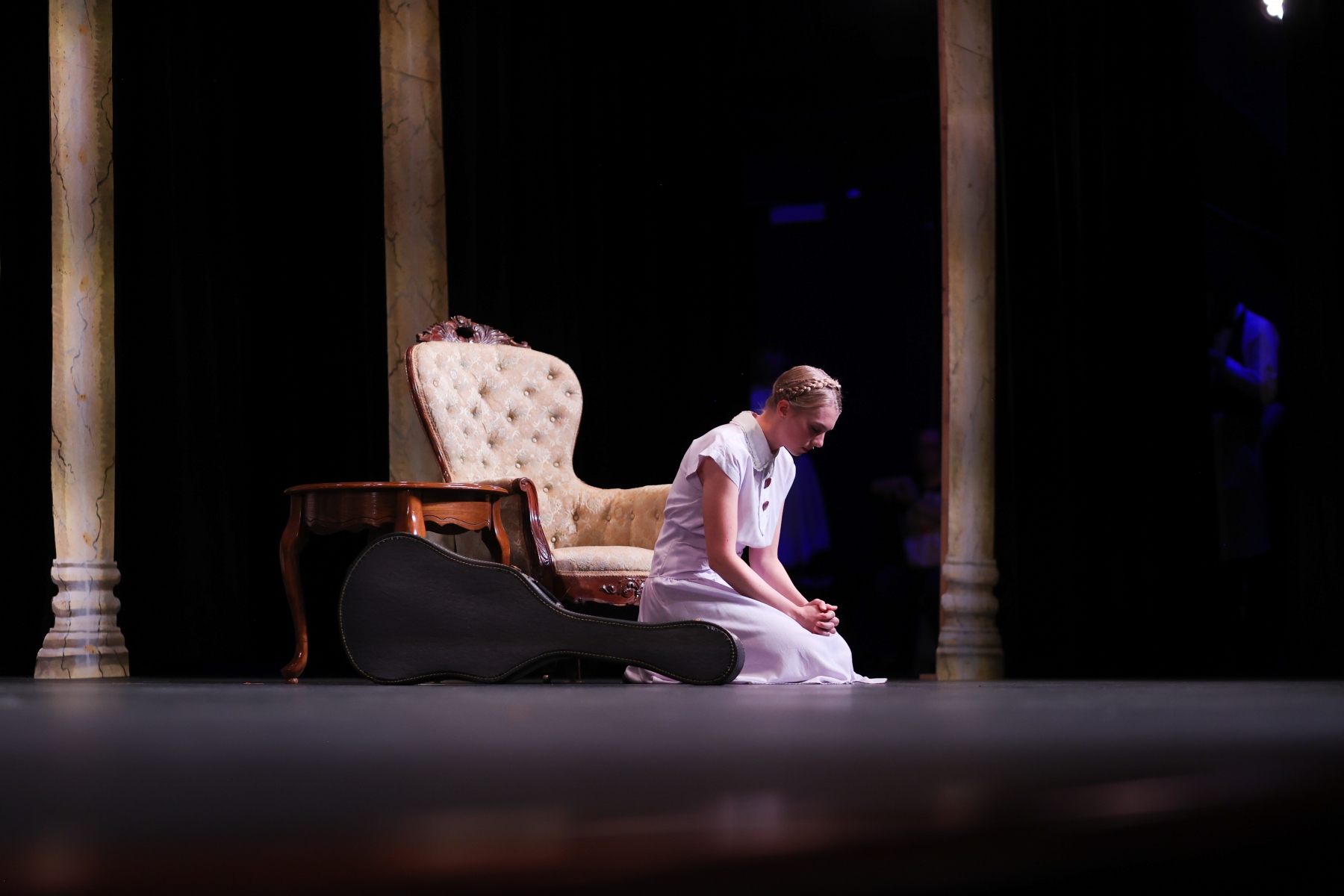 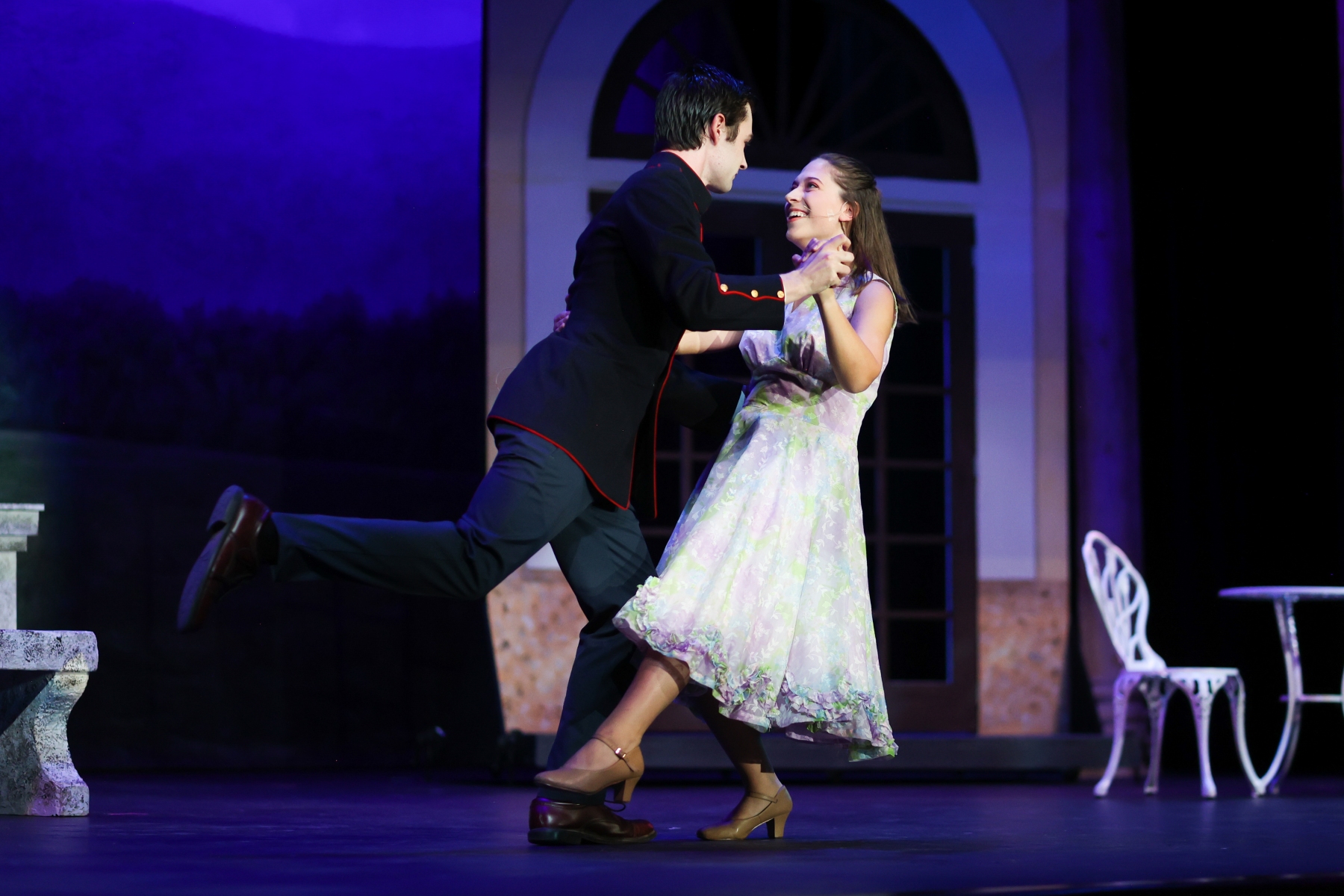 “An evening filled with one wonderful tune and song after another.”

This is how Director of Music Scott Miller described what to expect from Whitworth’s production of the iconic and timeless 1959 musical, “The Sound of Music.”

Director of the production and Whitworth alumna Ann Benson shared, “We had exactly five weeks to rehearse and put it together. . . it’s kind of impossible, so I’m really excited that we completed it, but part of what has made it work is that the students have put in ridiculously long hours of rehearsal.”

Despite the casts’ and crews’ time limitations, Miller and Benson shared similar positive sentiments regarding the work the team put into the show. “It has been fast, but we’ve had a good team,” Miller, who conducted the pit orchestra, said. This became evident on Oct. 14, the show’s opening night, when a large audience packed into Cowles Auditorium to witness the grand performance.

Natalie Houle, a junior, brings the role of Mother Abbess to life. She shared that despite late nights spent rehearsing, as well as attempts to manage rehearsal, school and work, she was excited to reenter the theater scene after a long break due to COVID.

“The last time I was in a musical was my junior year of high school, so I am excited to be back in that type of environment again,” she said. “Everyone has been kind and I look forward to getting to know the cast.”

While reflecting on the show’s color choices, scenery, set design, interpretation of the characters’ lines, the show’s execution and the music’s tempo, Miller said, “The director has an overall concept for what she feels is the main message of the show, and that has an effect on everything else.”

Benson’s creative approach was focused on portraying the message from the first theatrical performance of “The Sound of Music” in 1959. “I’ve seen [the movie] so many times, but I tried not to think about the movie and just look at the script that was in front of me,” Benson said.

She placed a deep emphasis on the song, “Climb Every Mountain,” saying it’s about “a life’s calling, which I thought is so relevant to all of us, especially college students.”

Benson shared that the song was a big part of the musical as it aligned with her goal to focus on the two main characters, Maria and Captain Von Trapp. These characters have their lives dramatically altered in the process of following their callings.

Theater enthusiast, Eunice Viatoshir, expressed that aside from the key lessons, the musical was a reminder to enjoy art and view life from a creative perspective. “The dad, Captain Von Trapp, was a very grumpy person,” she said. “Art or music allows you to find joy in life and express yourself, and when he did that, he was happier.”

“The Sound of Music” reminds its audiences of the escape that art and music can provide, as well as the transformations that can take place when one follows one’s calling.