Chairman's China at the Whitworth Library at Whitworth University in Spokane, WA, Thursday, Sept 22 2022 Photo by Juan Rodriguez, The Whitworthian 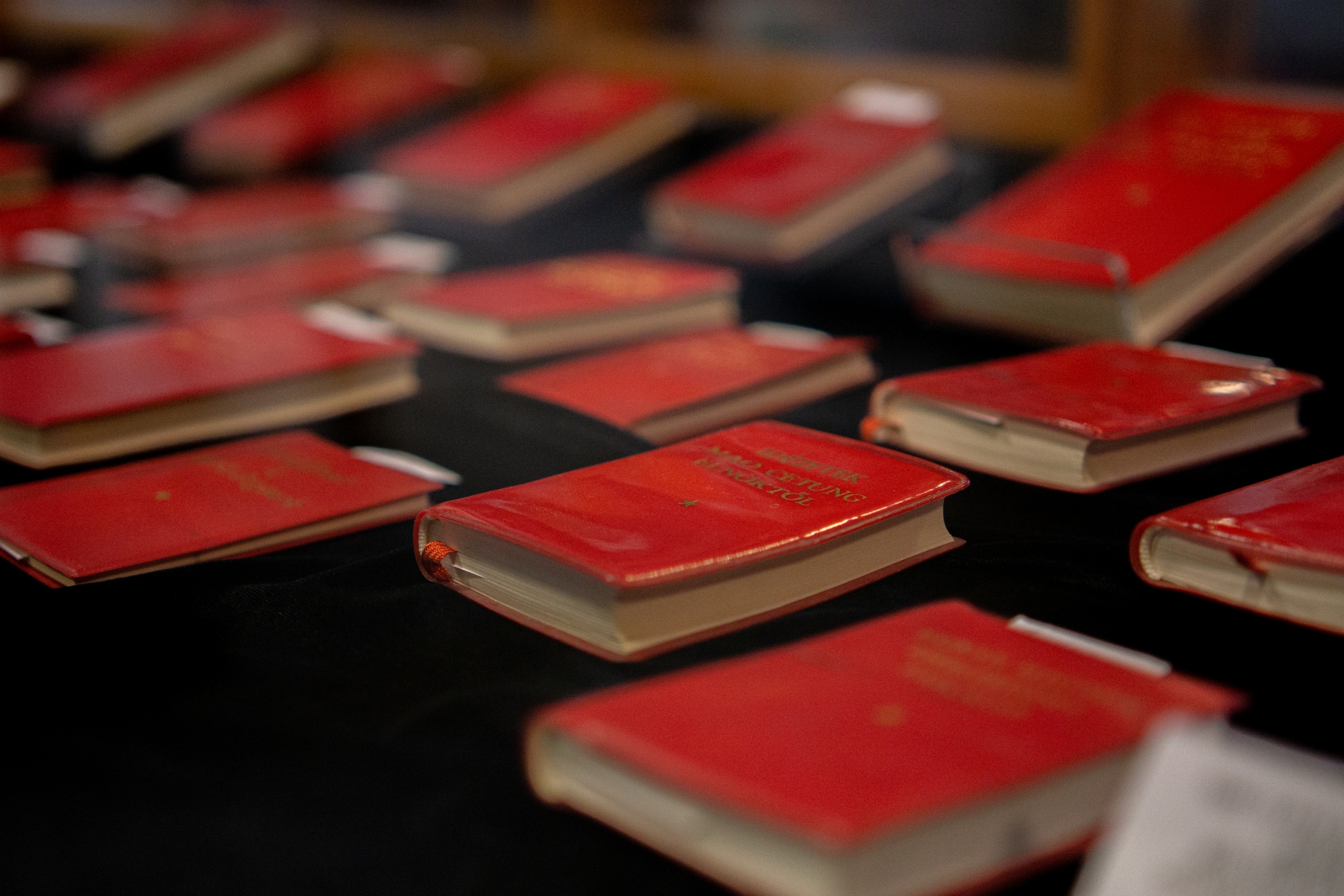 Chairman's China at the Whitworth Library at Whitworth University in Spokane, WA, Thursday, Sept 22 2022 Photo by Juan Rodriguez, The Whitworthian

Whitworth University’s Harriet Cheney Cowles Memorial Library is currently housing an exhibit of rare artifacts from the Transition and the Maoist Era (1949-1976), collected from Mainland China. Although the exhibit became available for public viewing on Sept. 1, the reception and lecture were held on Sept. 22.

Whitworth Professor Dr. Anthony Clark explained that the majority of the exhibit came from Whitworth’s special collection. The collection is composed of artifacts collected from former Maoist Red Guards and from Cultural Revolution Museum in Shanghai. The nineteenth-century Chinese Bible is from Whitworth’s library collection and the rare editions of Chairman Mao’s Little Red Book were donated by an American Maoist.

“One of our largest hopes is that the Whitworth community views the exhibit as a reminder of our part in a much larger global landscape.” Clark expressed when asked about their goal for the exhibit. He also explained how the majority of the world’s population is represented by the Asian demographic, thus, “China’s Maoist era is familiar to more people on earth than Western historical events.”

Putting emphasis on this goal is Dr. Bi Zhao, assistant professor in Whitworth’s political science department who was the speaker for the lecture reception. The library overflowed with people, mostly students, as Zhao discussed the historical context of the exhibit’s pieces, with facts and personal accounts given by her family members who lived during the Maoist era.

Among the pieces discussed were the Quotations from Chairman Mao Zedong, commonly known as Chairman Mao’s “Little Red Book.” The book was presented at the exhibit in multiple languages, evidencing that the Chairman intended for his book to indoctrinate not only the people of China but globally as well. Zhao mentioned that the “Little Red Book” was referred to as the “Bible of the campaign,” and at that time, reading it was compulsory for all Chinese people.

Another strategy that Mao’s campaign had in furthering his agenda was observed by international student, Niraj Pandey, who shared his thoughts on Chairman Mao’s visual propaganda.

Having watched the ballet performance showing “Red Detachment of Women” on Sept. 21, Pandey expressed that the ballet poses, the color schemes and overall visuals are in line with the image that Mao wanted to convey. “I can see where those visuals and those colors come from because they are inspired from the Chinese poster propagandas.”

Another curious student who attended the exhibit’s reception was a first-year international student from China, Jiaqi Gui. She expressed with much enthusiasm that though this particular part of Chinese history is deep and complicated, Zhao’s lecture and the exhibit itself are helpful for people to understand the historical context in a simpler way. “Professor Zhao made it simple to understand what the experience was at that time… and that was helpful,” she said.

The Chairman’s China which will be at Whitworth’s library until Dec. 30, presents itself as a unique opportunity for Whitworth students to deepen their knowledge about the rich history of a culture that might be different from their own.